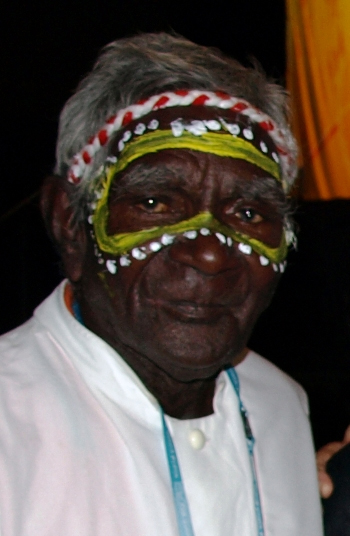 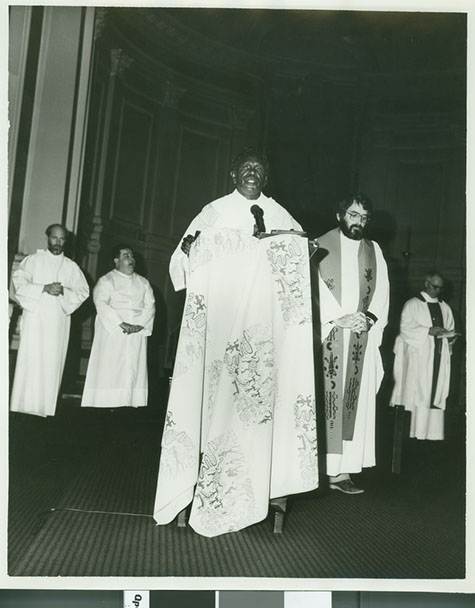 Boniface Nyipul born 14 May 1936 son of Perdjert and Pilimbi at Werntek Nganaiyi (Old Mission), and just short of a year after the First Mass had been celebrated at Old Mission by Fr Richard Docherty on June 23rd 1935.

His mother Agatha Pilimbi last year celebrated her 100th birthday and still resides in the Aged Care Centre at Wadeye.

He is senior elder of the Kardu Diminin clan and Murrinhpatha language speaker and the traditional owner of the land on which the town of Wadeye (Port Keats) is built.

They had three daughters Florence Minggi, Margaret Rose Nguluyguy, and Mary Concepta Demngurrtak and he is now grandfather to 11 grandchildren and has several great grandchildren.

He was ordained the first permanent deacon in Australia at Port Keats on July 19th 1974 by Bishop John O'Loughlin, the Bishop of Darwin.

In August 1977 Deacon Boniface and Fr Patrick Dodson msc the first Aboriginal priest who had been ordained in 1975 and who in 1978 was to become Parish Priest of Port Keats were both asked to address the Australian Bishops Conference as it considered renewed pastoral efforts to Aborigines.

Deacon Boniface Perdjert 's statement can be found in A Spirituality of Catholic Aborigines and the Struggle for Justice. Though the statement was made almost 40 years ago, parts of it are still quoted and used by those reflecting on what it means to be both Aboriginal and Catholic

He participated in the early NATSICC Assemblies

In  November 1986, Boniface assisted at the Mass celebrated by Pope John Paul II in Alice Springs when he delivered the famous address to the Aboriginal and Torres Strait Islander people. He again assisted Pope John Paul at the beatification Mass for Mary Mackillop in Sydney in January 1995.

Deacon Boniface travelled to Rome for the Mass of Canonization of St Mary of the Cross Mackillop in 2010. He assisted Cardinal George Pell, the Archbishop of Sydney as deacon during the Mass of thanksgiving at St Paul's Outside the Walls.

On the eve of his 80th birthday Boniface has mostly retired from active ministry. However in spite of sometimes poor health he managed to be present for the funeral Mass of Bishop Ted Collins at St Mary's Star of the Sea Cathedral in Darwin in August 2014 and where much to the delight of all present proclaimed the gospel during the funeral Mass.

He continues to be much loved and remains a source of inspiration for Indigenous and non-Indigenous people throughout the Diocese of Darwin and beyond. Happy Birthday Deacon!